Drašnice is a small place on the Makarska Riviera with 330 inhabitants and is ideal for vacation in the surroundings of an older fishing village around the harbor and the newer in the direction of Igrana. Near the long beach is the ‘Izbitac’ water source. Drašnice was first mentioned in 1477 as ‘Dračnica’.

Today Drasnice have grown into a lovely place alongside the shore with a beautiful harbor. Drasnice also offer water sport possibilities such as parasailing, waterskiing, jet-ski, rent-a-boat, etc. Beaches have small pebbles and are suitable also for small children.

For visitors who like swimming in natural surroundings there are small secluded beaches in nature with no houses around only about 1 minute drive away, it is also easy to walk there.
Very often you will be able to see charming dolphins, what particularly makes children happy. 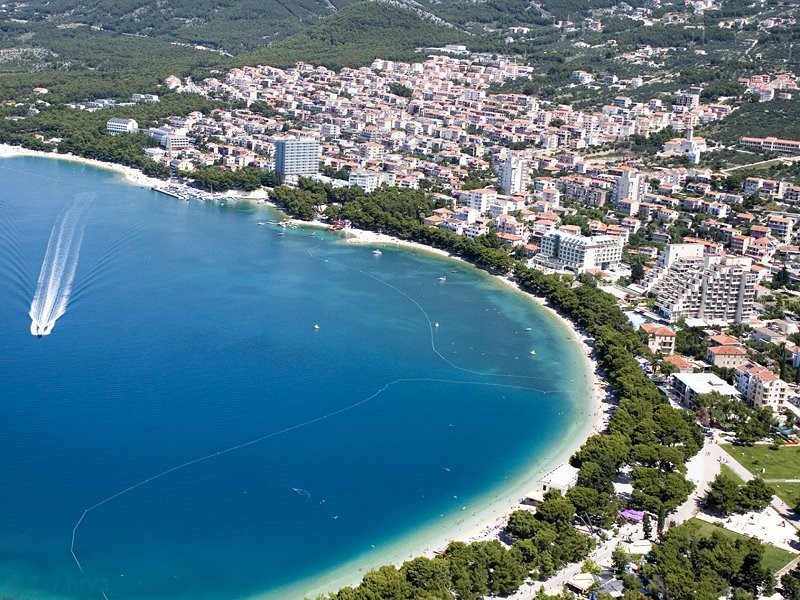 Makarska is a city in the Split – Dalmatia county of Croatia, population 13,716 (2001). It is located on the coast of the Adriatic Dalmatia, about 60 km southeast of Split and 140 km northwest of Dubrovnik.It is a famous tourist centre, located on a horseshoe shaped bay between the Biokovo mountain and the Adriatic Sea. The city is noted for its palm-fringed promenade, where fashionable cafés, bars and boutiques overlook the pretty harbour where many pleasure craft are moored.

One of the main sights in the town is the Franciscan monastery, which was built in 1614. The basement of the monastery houses a Malacological museum which apparently has the largest collection of snails, shells and mussels in the world. Fossils from the region are also on display.

Another important sight is the Parish Church of St. Mark, on the main square (Kacicev trg), which was built in 1776.Makarska is the center of the Makarska Riviera, one of the most popular tourist destinations in Croatia.

Split is the second-largest city in Croatia and the largest urban centre in the region of Dalmatia with a population of 180000. The story of Split is already 17 centuries old, dating to the time the Roman Emperor Diocletian decided to spend the rest of his life in a palace he had built right on the peninsula, near the great Roman city Salona.

The Palace slowly turned into a city, which to this day lures with its rich tradition, glorious history and beauty of its natural and cultural heritage. Diocletian’s Palace and the entire historical centre of Split have been on the World Heritage UNESCO list ever since 1979, not only for the extraordinary preservation of the Palace, but also because the Palace continues living a full life.

All historical layers from ancient Rome, middle ages till today are still visible and alive! Such stratification is mirrored in everyday life of Split – locals sit in the same cafes, restaurants, shop in the same stores as visitors, giving them the impression that, by arriving in Split, they became part of the city and its rhythm. 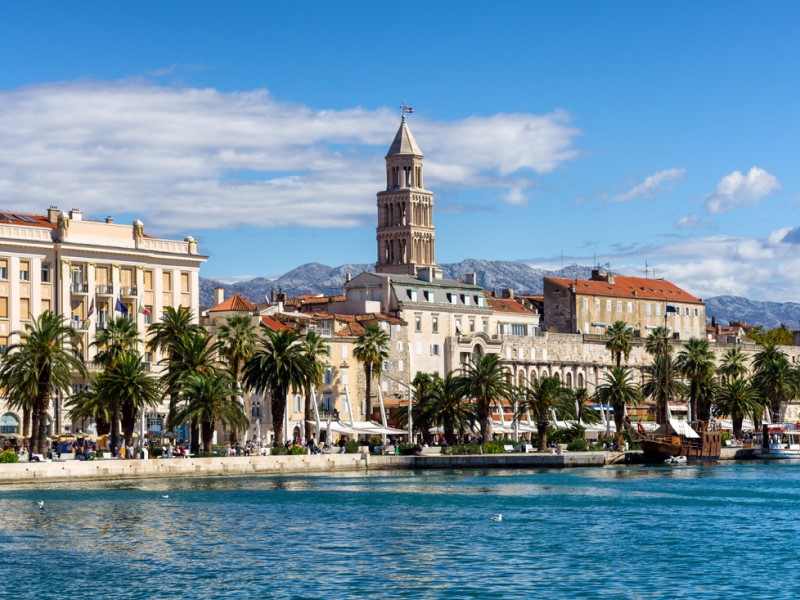